Its been a tremendously long time, that I have finally mustered the courage to let go off my potentially important but needed for “survival” work to sit here and write again. For myself.

As I tap on the various letters of this keyboard, I feel like I have reconnected with myself,something that had faded due to various life situations and the feel of this, is electrifying. 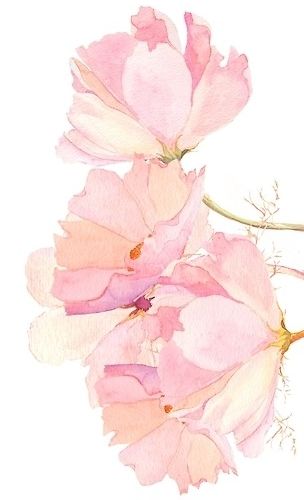 This is for all my visitors,
May this new phase around the sun, blossom you into a strong and understanding Being,so that you can outflow your force of nourishment to the nourishment of this World! 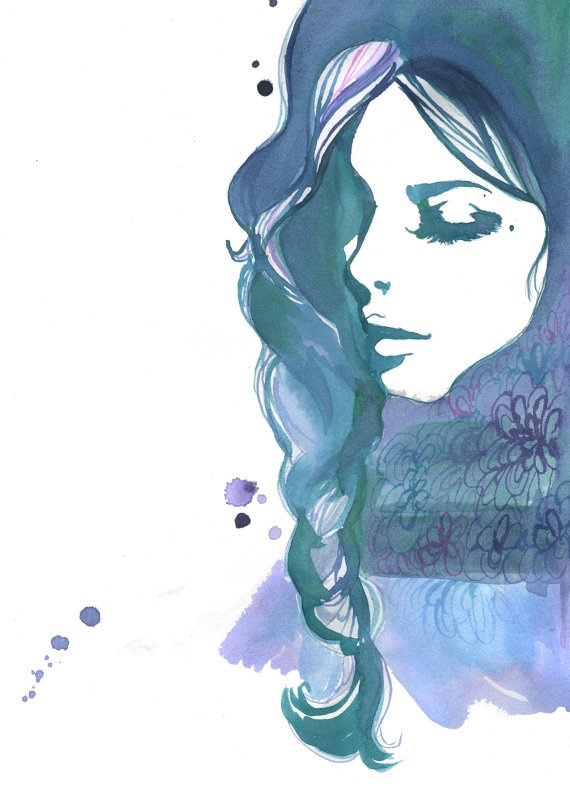 Soaked in the perfume of sandal,The air shivers of her bodily scent,
Caressing her coal-black hair,He rests himself on her navel,
She is his “Haven”,
Her hymns of compassion,Is why he breathes in her breath out,
A fortune of realization dawns upon his wounded soul,
Reminiscing the light of love poured by her,
For his soulful tears start drizzling,
The lightless night receives its gleam,From the realms of her tender aura,
He rises for a goodnight kiss,
Only to realize the celestial beauty she Is,One more time,
Her eyes held the universe of mauve,As her Cheeks yielded the crimson hue,
The thick lashes came from the land of prosperity,
While her velvet skin epitomized the nature of silk,
Breaking into a silly laugh,
He cuddles her face doting with emotions,
And kisses her warm plump lips,Joyfully believing they are only made for Him,
The nightingale greets by and croons the song of union,
His lady-love hugs him tight,
With a gaze of eternal desire,
Of endless and selfless love,

He remembers this one more time,
For this one last night,
Cause it was his final night,
With her for the last time,
As he does every night,
Beside her photo, 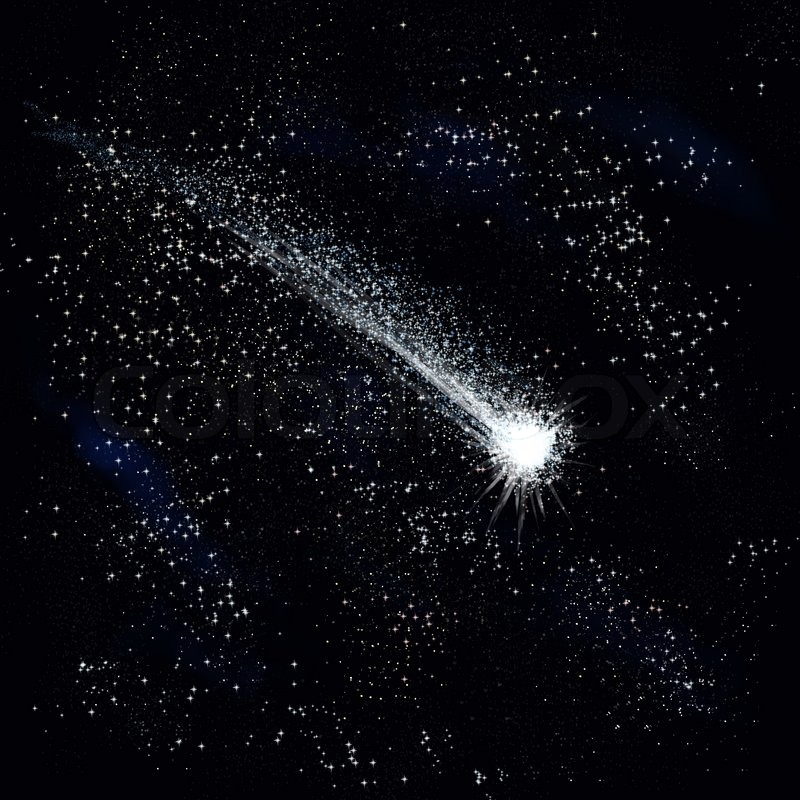 They spoke of the “No man’s land”,
with frills of uncertainty,
Courage never made to their throbs,
To adventure the imperceptible,
Yet they gasped for its wisdom,
Hence, started my ride to the chance,
Using the stairs of  trepidation and scepticism,
Through the blows of a harlequin creation,
End of my Journey Greeted,
Unknown to my instinct,
It was the trap to a concrete faith,
The genesis of a paradise,
camouflaged itself as the land of ” No Man”,
Reflection of my self aborted to exist,
For granules of creator surpassed every width,
Contained in full veracity of my emotions,
I condemned the survival of my physical,
In full alert.
Where had I been ?
For my letters of invitation rusted in ignorance,
There is one for you as well,
Hunt before it rusts,
Come my folks,
For you shall know the painting by the divine.

Relaxing by the veranda,
In company of my green folks,
The soft winter breeze,
Swirls a fancy touch on the skin,
The luminous grace unrolls,
And pampers a luxury of warmth,
I witness the drizzle of the Amber hued leaves,
dancing its way down to the final fall,
Sweet chirping greets by,
As they hop in excitement on the balcony sill,
Kids shout sounds of glee,
As they bolt towards the playground,
While I reminisce my own image in their passion,
My silent sighting comes to an end,
For the bell of time and responsibility,
Strikes my sub-conscious,
You see,
Nature chants a timeless sync,
Of a meaning so desirable to the human sanctum,
But,
Yet again,
“TIME” challenges “TIMELESS”.

I am the resonance of Emotions,
This Soul,Heart and Mind are its loyal followers.
Logic is a joke in perception,
Always getting extinguished when in situation,
Me could be a healthy fool,
Bashes of insensitivity from folks,
Drips the blood of pain in this poor heart,
I give no return,
For I am the naive in spotted disguise,
Oh! how do I save you innocent Emotion?
The “MAN” is too careless as seen,
As for many,
takes only a Second to ravish the scene of “adore”,
To the conversion of “despise”,
I don’t,swearing on life,
The throb is too weak,
For such a selfish nature,
Loved & Favored has their throne,
Placed within the flowers of Sweet Care,In my very own tender abode,
While several of the related,Will remain in the Dark,
Of the visions of this being ME,
Even when the Breathe I wont own.

The Source and Destruction,
You are the essence of Creator,
Your Beauty is your fury,
Gracing the eyes by your divine Seduction.
The dance of your mighty postures,
Drools the emotions,
For the taste of your WISDOM.
Oh! Majestic Fire,
Let the explode of your Vehemence,
Culminate the sanctity,
In our Sanity.

Fragments of this spirit,
Dispersed in the rhythm of your Melody,
This abode is a tale of grained Myths,
No,
Belonging here,
Shall not evolve my Saga,
For my pulsating genesis is Beautiful,
Strokes of orgasmic silence condenses,
This very seed,
Swerving For the passage,
Called the escape avenue,
Oh Lord!
Reality is such an Imposture,
Curtains of Simulation,
I put on Fire,
Where Am I?
Consumed by your Song of Ecstasy,
Freedom to gyrate on Cosmic Strings,
Is not my Fantasy.
Strike your chord of tune,
Shall I dissolve this mere Fount,
In your serene wave of Music.
Yes,
This Orchestra of throbbing Vehemence
Is surely My home.

A beating heart in everyone,
A goal of ambition in every mind,
A vision for luxury in every eye,
A conscience of mammoth ego in every soul,
Whether the path of Spiritual or Secular,
The Being of Flesh,
Is always a facile decoy,
To the Entrapment of self absorbed acuity.

“The feeling that resonates more than just happiness can only be an essence of a realm that solely the throb knows about.”

There it was today, bursting with its mystical beauty while blossomed in the hues of a soft navy blue and an intense white. A moment of great gratitude and awe flowed down through me for the presence it had arrived with.

It all started from that day, when while crossing a pavement and exploring its side strip which consisted of a mini garden, my sight fell upon a fragile sapling hiding behind those long grasses and as the lover of the green world that I was, my only consequential reaction was to direct myself to investigate about the green mystery behind the blade like turfs. Upon being exposed to the hide and seek player, I realized that I could not let it stay where it grew since I was very sure of making my own small garden space, its brand new abode.
“Perfect wide doe shaped leaves mirroring the graceful Bengali eyes and tone of the tender coconut. With a pretty and sleek structure, it stood in poise in the land of the turfs.”

Irrespective of the attachment I possess with plants, my range of knowledge in regards of their species is something that communicates a very diminutive scope and hence I had no clue as to the type of plant it was since the tenderness and exuberance it held was itself enough for me to welcome it home.
The pot was ready and the plant was on its journey to settle in its permanent house,later I realized that my father knew about this common plant, which was named as BUTTERFLY PEA, Cute! isn’t it?
He told me, it flowers either a white or a blue one and we weren’t really sure of its  futuristic plans.
Hence my butterfly pea’s life started to sprout in its new small pot with new friends. With her adding up,my hostel accommodation was getting filled up quickly. Eventually each day was turning as an exciting one for me,It was almost as if a baby had been born where you tend, play, talk  or just gaze at their joyful growth while you enjoy along. It made me feel contented to a point where my only concern relied with her needs,this was surprising for I wasn’t a discriminatory person. Well. At least not towards nature.

And Thus the events started,

I vocalize about this particular plant because it was for the first time that such kind of delicate flowering plant, I had uprooted. For which, its survival had a question mark. And with each passing day, we two greeted diverse situations and varied emotional exchanges. Sometime, days of absolute zeal would visit which could be perceived from the lustrous green tint of the leaves and sometime, days of weak wilting would drop by. The deal was entirely about handling a teenage plant striving to build a knowing for the “self”. So motivational speeches and doting verses would get showered on days of high and low along with candid chats for the common.
But when it was my turn of highs and lows,My butterfly pea clung onto me even during the span when my own mind turned against me, it used to sweep off my woes with the surge of its naive aura while it also became a partner to aid the ongoing of my glee.

This adorable offspring that I had brought was slowly rising towards the massive sky, braced by the wisdom of life trailing in its system. I do not know what being an owner of something seems like but being responsible to respond to another kind of response is a bit heavier than joy. The only aspect that mattered was to let her flourish to what she was, than to bestow her with generic branding of how she being a flowering life,would only have to thrive for so. Life happening is itself an elixir pouring all around,even if a plant is growing as per its designed configuration, it is as alive as any other creature and holds in more subtlety the chambers of emotions.
And here she grew through the filters of fierce and gentle domains of the mild greens.

One day,a tiny foreign member peeped from my lush butterfly pea.I jumped to probe. And….
Guess who it was?

It was a tight wrapped blue and white bud that my minimal granted to me on a fine day!
Usually flowers don’t descend so fast via such small plants unless one has some extra magical soil like the plant shop owners.

So, the bud was growing for two days and on the third,it bloomed. The sight of it sparkling made it more wonderful along with the feeling that was oozing within me. How effortlessly can another life make its own creation seem as a product of your own creation? That which my minimal did for me. Witnessing the flower was as if I  had created something on my own,it was so vast that it felt like a celestial delight.
Every Living being resonate certain quality of emotions but most specifically plants are such, that if one invests a certain amount of time with them,they could conclude  that these folks aren’t just the green pigmented statues growing up but are much more of an elusive identity.

I wouldn’t be surprised if  my subject happens to be about sheer nonsense to most but every nonsense cannot be explained to rigid minds with only logical perspective.